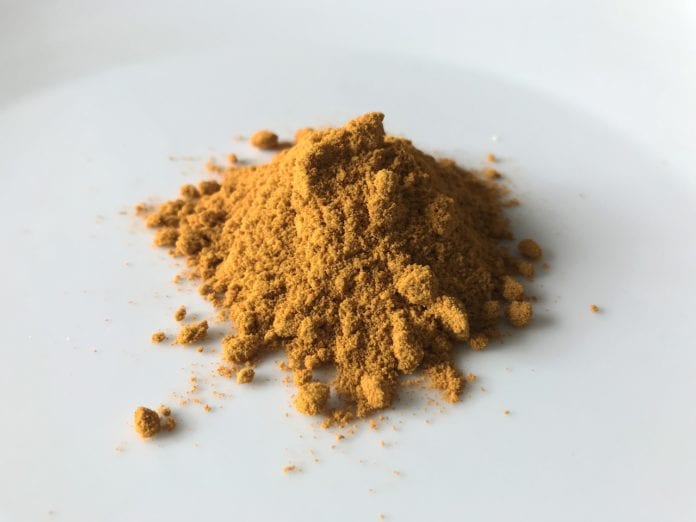 The maca plant,is known scientifically as Lepidium Meyenii. It mainly grows in the rich soils of the Andes mountains ranges in central Peru. It is exposed to sources of minerals that are usually destroyed by farming in other parts of the world. Its ability to withstand extreme hot and cold weather conditions is demonstrated in its many health benefits. Maca is a cruciferous vegetable, related to broccoli, cauliflower and kale. The main edible part of the plant is the root, which grows underground.

Maca root powder is very nutritious, and is a great source of several important vitamins and minerals. It is rich in vitamins B1, B2 , C and E and minerals such as calcium, magnesium and potassium. It also contains trace minerals such as zinc, iodine, selenium, manganese and copper, 20 amino acids and 7 essential amino acids. Maca root is a good source of carbs, is low in fat and contains a fair amount of fibre. It also contains many bioactive plant compounds.

Clinical trials have shown that maca may positively impact energy and stamina. Maintaining positive energy levels can also help to improve mood. It contains plant compounds called flavonoids, which have been suggested to be at least partly responsible for psychological benefits. Maca contains flavonoids, which are thought to improve mood and reduce anxiety. A 2014 review suggested that maca may have benefits for learning and memory performance. Researchers suggested that it could be helpful in treating conditions that affect these processes, such as Alzheimer’s disease.

Increases Libido in Men and Women

Reduced sexual desire is a common problem among adults. Consequently, there is a great amount of interest in herbs and plants that naturally boost libido. Maca has been widely marketed as being effective at improving sexual desire, and this claim is backed by research. A review from 2010 that included four clinical studies, found evidence that maca improves sexual desire after at least six weeks of ingestion.

Some proponents of maca root believe it may help balance levels of the hormone estrogen. During perimenopause, the stage before a women reaches menopause, estrogen levels fluctuate and cause a variety of symptoms. One study found that postmenopausal women who took two daily tablets containing maca experienced reduced symptoms, such as hot flashes and night sweats.

Ultraviolet rays from the sun may burn and damage unprotected and exposed skin. Over time, UV radiation can cause wrinkles and increase the risk of skin cancer. There is some evidence that applying maca extract, a concentrated form of the plant, to your skin may help protect it from  UV radiation. Keep in mind that maca extract only protects the skin when applied and cannot replace a conventional sunscreen.

Maca has been used medicinally for thousands of years. Maca is widely available at health stores, pharmacies and online retailers in capsule, powder, extract or liquid form. It can be easily added to smoothies or meals and is often used before exercising to boost energy levels. Supplementing with maca may provide several health benefits such as increased libido and better mood. However, most of the studies are small. And although maca shows a lot of promise, it needs to be studied more extensively.

Have a sense of purpose & resilience facing breast cancer.

ADHD in a nutshell

Christo Olivier - 6th Jul 2020
Attention deficit hyperactivity disorder, or ADHD in a nutshell, is generally diagnosed in children by the time they're teenagers, with the average age of...

Joni Kowensky - 14th Apr 2019
Moringa is one of our favourite plants. The Moringa tree is unique as it has provided balanced diets and healing properties for thousands of...

Nicole Fuller - 8th Sep 2020
When you face mortality you question your purpose in life. Spirituality and Existentialism is a connection with self or others. A sense of purpose...

Dr Bruce J Mac Murray (DBA) - 24th Feb 2020
Stress may cause a number of different symptoms. These symptoms may be broken down into two main categories, namely Physical and Mental. They affect...

Monique Robinson - PhD/MPsych (Clinical) - 11th Feb 2019
Sex. It’s what got you into pregnancy, but is it also the pathway to getting you out? Around a quarter of all Australian pregnancies are...