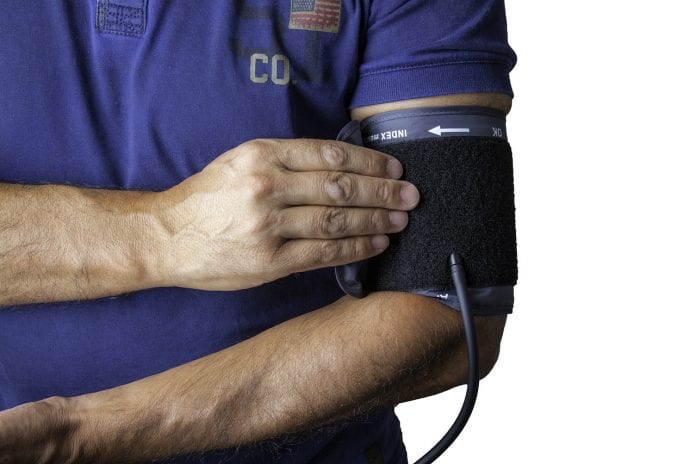 In 2018, scientists from Wits University revealed that approximately 54% of South Africans have hypertension, and this is the highest percentage recorded in Southern Africa. They also included that majority of these hypertensive individuals do not have their high BP controlled.

There are many ways to reduce the hypertension rate, one of the most important and effective ways is awareness/education. Others include adherence to treatment, adopting a healthy lifestyle and monthly check-ups. In South Africa there is a lack of all prevention methods, according to research approximately 56% of South Africans are aware of what is hypertension, preventative measures and their BP status, and 33% have their hypertension controlled. Why are the numbers so low?

Poor socio-economic status
The poor socio-economic environment in South Africa has led to the lack of lifestyle diseases awareness (as well as communicable). Through education people are empowered, they have knowledge and can mitigate situations that can lead them to developing lifestyle diseases, such as hypertension. Living in a poor economic environment can lead to stress, long hours of working (this includes travelling to and from work), unhealthy diet, and a poor outlook on exercise due to poor mental health.

What is the solution?
South Africa has a poor healthcare system, and this is due to a shortage of healthcare workers. Apart from treating illnesses, people should know what is wrong with them, and this is accomplished through awareness, and South Africa is falling short due to a shortage of healthcare workers. Our government should other ways to reach out to people and raise awareness about hypertension. There is an exponential growth of social media use in South Africa. According to an article on Flicker leap, 23 million South Africans use social media, and 49% use WhatsApp messenger.

So how can we use social media, especially WhatsApp messenger to raise awareness on hypertension?

Through WhatsApp voice notes, and videos, the government should exploit these channels in order to reach more wider audience across the country. Our government can disseminate information about hypertension, such as causes, importance of monthly screening as well as the importance of adopting a healthy lifestyle through social media.

Using social media to reach out to citizens, allows the government to not over work the limited health employees in the healthcare field, and most importantly this will spark conversations within our communities. One thing is for sure, South Africa has active citizens, who are willing to be educated and guided to make their lives better, though technology, particularly social media which we are all connected by, South Africa can start a whole new movement of hypertension awareness, allowing everyone to have a voice and become their own advocate.

My name is Simangele Shabalala, a Life Scientist and health and lifestyle content creator. I use blogging as a platform to initiate discussions about the relationship between our health and the lifestyle we live, and how our socio-economic environment influences this relationship. I want my platform to be an interactive platform whereby the information I publish help provoke thinking and active engagement with companies, policy makers and most importantly the public.

Katharina Irons - 20th May 2021
We all know that Ginkgo is for mental alertness and Echinacea is for immunity strength, but what herbs are best for male sexual performance?...

Dr. Steven Gunn - 7th Oct 2019
Anyone struggling with Inflammatory Bowel Disease (IBD) knows the agonising pain and immensely uncomfortable situations there are to cope with. Not to be confused...

How is your heart beating? Let’s find out!

Warrick Bishop - 17th Mar 2020
Did you know that atrial fibrillation (AF) kills three times as many people as car accidents each year in the western world? The cost...

Melissa Williams-Platt - 31st Mar 2020
Today is pretty much one week into South Africa’s lockdown period. As an introvert myself (surprise everyone who knows me!), I find this time...

Smoking or eating marijuana is not a cure for cancer

Nial Wheate - PhD FRACI CChem FHEA - University of Sydney - 11th Feb 2019
There’s a modern myth that marijuana (cannabis sativa), in its natural form, is effective at both preventing and treating cancer. This myth has become ever more...