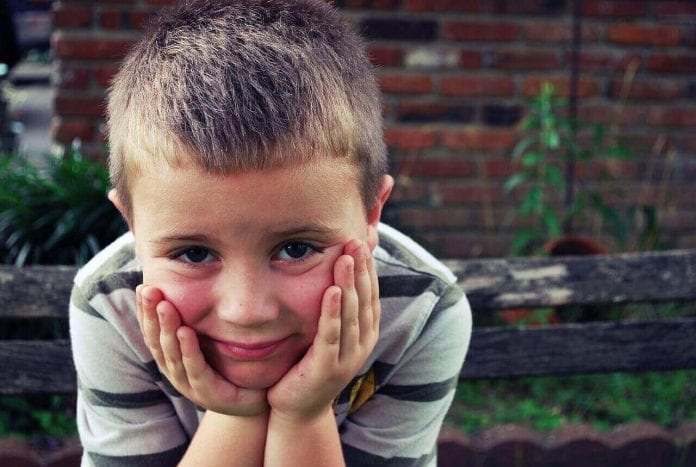 School phobia, school avoidance and school refusal are terms that describe an anxiety disorder in children who have an irrational, persistent fear of going to school. Their behavior is different from children who are truant and express no apprehension about missing school.

Children who have school avoidance wants to be in close contact with their parents or caregiver, whereas truants do not. School phobic children are often insecure, sensitive, and do not know how to cope their emotions. They appear anxious and may become physically ill at the thought of attending school.

Normal separation anxiety typically occurs between 18-24 months. Children this age may cling, cry and/or have temper tantrums when they are separated from their parent. However, some older children continue to have difficulty being away from home. The parents of these children are often attentive and loving, but may be overprotective. As a result, some students lack self-confidence and the ability to cope with school life. A child who shows a higher risk for school phobia is one who has no siblings, the youngest child or a chronically ill child.

Most children object to going to school at one time or another. However, a school phobic child often misses many days for vague reasons. Parents should be concerned if their child appears irrationally anxious, depressed, scared, and/or regularly says that he or she feels too sick to attend class.

Causes
Both home and school issues need to be considered when searching for the reasons that contribute to school avoidance.

Home issues: A child may-

School issues: A child may-

Symptoms
Symptoms of school phobia are:

Usually, school phobia lasts only a short time, especially if a parent insists on school attendance. However, if the problem persists, consultation with school personnel will be necessary to form a unified home and school approach. If ignored, chronic school phobias can result in the deterioration of academic performance, peer relationships, work quality, and possibly lead to adult anxiety, panic attacks. Or psychiatric disorders.

HOMOEOPATHIC REMEDIES
Homoeopathy today is a growing system and is being practiced all over the world. Its strength lies in its evident effectiveness as it takes a holistic approach towards the sick individual through promotion of inner balance at mental, emotional, spiritual and physical levels.

When SCHOOL PHOBIA is concerned there are many effective medicines are available in Homoeopathy, but the selection depends upon the individuality of the patient, considering the mental and physical symptoms.

BARYTA CARBONICA
Baryta carbonica is one of the leading remedies for school phobia where the fear is due to their slow mental grasp and learning disabilities. They fear they are ridiculed by others in class room. Poor memory. They suffer from loss of memory, mental weakness. Children cannot remember to learn. Child does not want to play, but sits in the corner doing nothing. Slow in all developments –slow to walk, talk, read, speak or mature.

BISMUTHUM
Bismuthum is another best remedy for school phobia, where the child holds on to its mother’s hand, a strong fear of school. They suffer from acute stomach pain due this phobia. Craving to cold drinks is characteristic to Bismuthum.

CALCAREA CARONICA
Calcarea carb is suited to fat, fair and flabby child, catches cold very easily. They are forgetful, confused, misplaces words, and expresses himself wrong. Fears of being observed. Dull lethargic children who do not want to play. They prefer safety to high-risk behaviors. They are cautious. They prefer indigestible things like dirt, chalk, coal, pencil etc. Craving for eggs is characteristic to Calcarea carb. Profuse sweating during sleep, especially head and chest.

CALCAREA PHOSPHORICA
Calcarea phos child is often suffering from school headaches and stomach pain, a reason for school phobia. It is a remedy for bad effects of mental strain, such as headaches in school children of weak intelligence. Children are peevish and fretful, difficulty in performing intellectual operations They are dull, obtuse having poor memory. Feeble minded children unable to sustained mental work. They often suffer from fractures and growing pains due to poor nutrition. Also, they often suffer from enlarged glands. They have a craving for bacon, ham, salted or smoked meats.

PULSATILLA NIGRICANS
Pulsatilla child is dainty looking with fine skin and hair. They are mild, timid, emotional and tearful. They tend to weep easily. Craves sympathy and attention. Changeable nature is another leading symptom of Pulsatilla. Their digestive system is easily disturbed by rich foods, fats, pork, pastries, desserts, ice creams etc. Thirstlessness is another characteristic symptom of Pulsatilla. All complaints are better from open air.

Rust-Proof Your Body with Vitamin E

Dr. Steven Gunn - 19th Nov 2019
We’ve all seen those little paint bubbles on a car which, when peeled away, reveal the nasty blight of rust. When left untreated, the...

Jaco van den Heever - 14th Jul 2020
A healthy immune system is essential in fighting off infections. In light of the global coronavirus (COVID-19) pandemic in 2020, people are becoming more...

The medicines to pack for your overseas holiday

Nial Wheate - PhD FRACI CChem FHEA - University of Sydney - 13th Mar 2018
When travelling overseas, and in 2016 1.2 billion of us did this, we all want a comfortable and pleasurable stay. This involves packing the right clothes...

You Can Have a Happier Healthier Future With Therapeutic Reflexology

Arthur Rosen - 30th Jun 2020
What is Therapeutic Reflexology & how does it work? In the feet, there are reflex areas corresponding to all the parts of the body and...

Dr Bruce J Mac Murray (DBA) - 24th Feb 2020
Stress may cause a number of different symptoms. These symptoms may be broken down into two main categories, namely Physical and Mental. They affect...