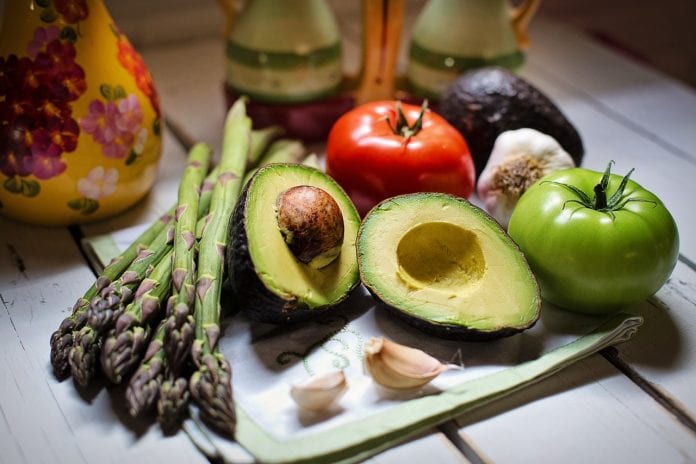 Defining a vegan diet would be as follows: A type of vegetarian diet that excludes meat, dairy products, eggs, and honey, but includes a wide variety of plant foods.

Is this merely a trend or a dedicated lifestyle?

Reasons for “going vegan” include to avoid the consumption of meat, ultimately avoiding the killing and suffering of animals, including the killing of wildlife for profits. Others adopt veganism for health-related reasons or as an act of living compassionately and outside of one’s personal interest. Other reasons extend further, with aims to end deforestation for grazing purposes, stop wars for resources and save the oceans.

When examining the health claims of such a diet, it is clear to see that numerous benefits exist. Firstly, the gut microbiota appears to have a greater number of protective species, which may be the reason for decreased levels of inflammation. It is not yet known if prescription to such a diet will have long-term health benefits. Since more-plant based foods are consumed, the intake of certain nutrients is higher. This includes vitamin A, C and E, folic acid, potassium and magnesium. It is, however, important to ensure that the vegan diet is well planned, to avoid certain nutrient deficiencies.

It has also been found that plant-based diets assist individuals wanting to lose weight. A study by the Physicians Committee found that women who were moderately or severely overweight lost approximately 0.5 kg per week. They also managed to maintain this weight loss after two years. Fibre is known to play an important role in this process, as it makes one feel full, without adding unnecessary kilojoules. High fibre foods include fruit and vegetables, legumes such as lentils and beans and whole grains. One should remember that because the vegan diet emphasises plant-based foods, larger volumes of food are necessary to consume the calories your body requires. Due to the lower energy density of plant-based foods, vegans could under-eat or sometimes feel lethargic, despite consuming increased amounts of fibre. New vegans may find themselves craving certain foods, but with time, these tend to subside, and new substitutes are discovered. This again comes down to correct planning of your diet.

Furthermore, weight-loss is also assisted due to the exclusion of animals and dairy products. This ensures that less saturated fat is taken in through the diet. It is still, however, important to note the cooking methods of the vegan-friendly foods that are consumed. This means less frying and more steaming, grilling, poaching and boiling.

Studies have also looked at the relationship between vegan diets and blood sugar levels. By eating whole grains, legumes, nuts, fruit and vegetables, blood sugar can be better controlled and assist the body’s insulin response. One still needs to be cautious of simple carbohydrate intake to avoid a negative effect on blood sugar levels. Simple carbohydrates include pasta, potatoes, white bread and white rice. Health benefits of vegan diets extend into a decreased risk of heart disease, protecting against certain cancers and reducing pain from arthritis.

With anyone wanting to follow this type of diet, they should understand that time spent in the kitchen, is likely to initially increase. This is to experiment and get creative with new spices, sauces, flavouring and methods of preparation. New vegans also need to prepare their digestive systems, as the increased intake of cruciferous may cause discomfort or bloating for those who are not used to it. It is therefore important to transition slowly to avoid these side-effects.

For those wanting to start their vegan lifestyle, or maybe just enjoy a plant-rich meal, visit The Jozi Girl Eatery in Broadacres Shopping Centre or Leafy Greens Café in Muldersdrift.

B is for Balance: Reaping the Benefits of Vitamin B

Dr. Steven Gunn - 4th Aug 2019
We’ve all heard the term, “Busy as a bee” but we’re going to use it a little differently today. The vitamin B group make...

Nicole Fuller - 7th Apr 2021
As I approach almost four years since I was diagnosed with invasive breast cancer from that indescribable fear of a cancer diagnosis to an...

Candice Schmidt - 3rd Jan 2019
Dementia is a general term used to describe a wide range of symptoms connected with a life impairing decline in memory and mental function....

Candice Schmidt - 5th May 2019
There is a difference between a period of bad days and serious burnout. Burnout is something that creeps up on you and may be...

Should you walk, hike, run or jog?

Joni Kowensky - 16th May 2019
As with most things people are big advocates for their practice of choice, but for someone looking to start out or someone that has...

Any cookies that may not be particularly necessary for the website to function and is used specifically to collect user personal data via analytics, ads, other embedded contents are termed as non-necessary cookies. It is mandatory to procure user consent prior to running these cookies on your website.